"The amount of stories I could tell you - though some that are so not appropriate. One weekend we robbed all the wheelchairs and I was pushed into a lift."

Before I tell you what it's like to be a member of CanTeen I need to tell you a story. Spoiler alert, it's about cancer.

So on the 20th of December 2011, I was diagnosed with Non - Hodgkins Lymphoma, a big ass tumour in my chest. I always thought in order to get cancer you were born with it or you smoked a lot.

How wrong was I? I was allowed home on Christmas Eve and felt like a boss because I was allowed to stay up late, unlike my brothers. Christmas day was even better you should have seen the amount of presents I got.

A couple of days later I went back into hospital to get a “Freddie”, again for the non-cancer heads that's a tube that sticks out of your chest and goes to your heart so that you can get chemo and blood transfusions. After two days I was allowed home. So my Dad brought me on a walk with my dog. My Dad was telling me this long story about how a dog got jealous and bashed into him, while telling me he demonstrated and punched me in the chest, right where my “Freddie” was. First thing he said was "Don't tell your mother". How thoughtful? Obviously I told her to annoy him that night.

So over the next few months I had chemo which made me lose my hair and made me very sick. Due to the fact I lived less than 5 minutes from the hospital my friends and family frequently visited me. My uncle Dayo dropped up a happy meal from McDonalds every time I felt well enough to eat, and every time I had to spend a night in the ward he went to the Disney shop and got me a new teddy. The funny thing was the man in the Disney shop thought he was a collector and wouldn't believe him when he said it was for a little girl. The nurses would come to see my new addition to my collection as I always brought them into hospital with me. You can imagine how many teddies I ended up with.

Even though I had someone different visit me every day I still felt very alone. I was one of the oldest girls on the ward; every now and again I'd meet someone similar to my age but they'd be gone the next day. As I was in the old ward I had to have room mates. One night comes to mind when I was sharing with a baby and it was late. Me and Mom were trying to sleep when we both woke up to the babies’ father snoring like a fog horn. The whole night we were up. I think I planned 7 different ways to kill him! 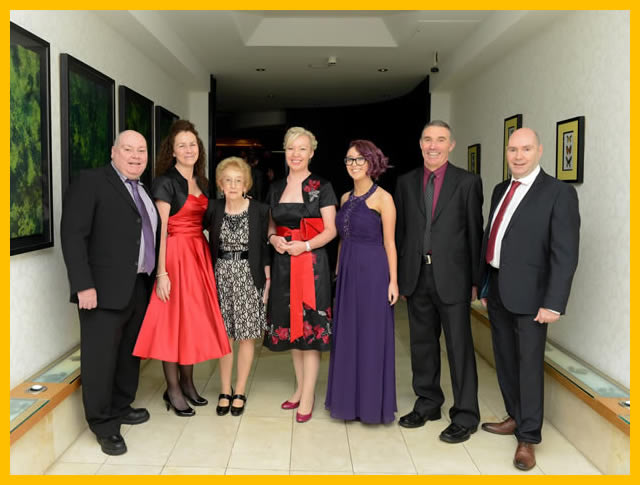 When I finished that stage of treatment I went onto maintenance; non-cancer heads that’s oral chemo tablets that you can take at home, which aren't supposed to make you as sick but still leaves you open to infections and still needing the odd blood transfusion. So during this I went back to school and was the most talked about person there! Every day I was asked how I felt, and what chemo felt like, or how many tablets I had to take that day. All was good for awhile, I started to get back on track until my leg started acting up. I went to the doctor and was diagnosed with Avascular Necrosis (AVN). Now even I can't explain what that is… all I know is that my hip bone is damaged, and I’m in severe pain and waiting for what feels like forever for a hip replacement. Once again I felt like the only person in the world who had all these mad things happening to them.

One day my Ma picked up one of CanTeen's newsletters. I looked through it and saw a bunch of teens around my age going on all these crazy trips. So after a week of going "Ma did you ring the lady from CanTeen yet?" I finally became a member and nervously set out to meet the gang. My first trip was to be the Conference in the Aviva. So my Dad dropped me and my brother off. My heart was pounding so hard as I walked in. The first person I talked to was Evelyn, who was the nicest person ever and then I saw Lindsey and Kyle. Yeah that's when I thought what have I gotten myself into? It was a very eventful and crazy day. After all that madness I couldn't wait to go away for my first weekend break with CanTeen. After one weekend I made friends for life, or should I say the “squad” and every time I go away it gets bigger.

The amount of stories I could tell you - though some that are so not appropriate. One weekend we robbed all the wheelchairs and I was pushed into a lift. That same weekend I was picked up by each limb and they ran to my room not without falling over me first. The amount of long nights filled with fits of laughter and days spent eating absolute rubbish is unbelievable. Oh.. and the amount of pizza..

CanTeen has changed my life in so many ways that no one can understand. I've been in the newspaper and been on the radio - all things that I wouldn't have dared to do. I still don't feel normal, I feel special, I feel great, not the freak, the sick girl, I'm the boss that kicked cancer in the ass and who rocks the crutches. The best part is looking forward to going away and seeing all my cool new friends and Evelyn who said she will “adopt” me.

So I just want to finish by saying that CanTeen made me feel good about myself again and introduced me to some of the craziest, funniest and most understanding people I could ever hope to meet. CanTeen is a life saver and I don’t want to imagine what my life would be without it.

Thanks to Evelyn and the gang for the crazy times and wishing CanTeen a happy 25th birthday.